Deprecated: Function create_function() is deprecated in /home/customer/www/foodforthesoulministries.info/public_html/media/widgetkit/widgets/lightbox/lightbox.php on line 49
 The Name We Proclaim Has Power

The Name We Proclaim Has Power

The Name We Proclaim has Power

What’s in a Name? When it is the Name of Jesus, what’s in His Name is Power! This first message begins as Peter and John have just finished healing the lame man in chapter 3. From this healing we see the impact of the Name of Jesus-its power and preeminence. As we enter the Book of Acts 4:1-22 Peter and John are confronted with opposition from the establishment of Jewish leaders. Peter and John hoped that these leaders would have embraced the authority of Jesus’ Name. Instead, they found that at just the mention of Jesus’ name walls of avoidance, resistance and rejection arose? Tune in and see how the Name of Jesus is our specific badge of identity, authority and ministry.
In the second message in this series from the Book of Acts 4:1-22 Peter and John’s healing of the lame man was a miracle that gained the attention of the people. Imagine the astonishment of those who witnessed this miracle. This event serves as a spiritual illustration to every person who believes on His Name. You see, belief in the Name of Jesus causes the lame to walk, the blind to see, the bound to be loosed and the dead to have life. This message reiterates the Power in Jesus’ Name, once we have believed in His Name we are His mouths, His hands and His witness in this world.
In this 3rd part of the series, we see that whenever God is doing a great work in and through the lives of His children, the devil will raise up people who will try to stop the witness and authority of Jesus Name. The Name of Jesus is synonymous to power, authority and growth. The enemy would love it if men and women were not healed, not save, not set free! Satan seeks to silence, confuse, resist and hinder the Name of Jesus. Are you bound and want to be made free, lame and can’t walk, blind but can’t see? Believing on the Name of Jesus has the Power to make us free, walk and see.
In the 4th part of The Name We Proclaim Has Power, taken from Acts 4”1-22, we see the healing of the lame man illustrates the dynamic power upon those who believe on Jesus Christ. Jesus gives life to that which is dead! The miracle was not simply new legs, but a new man. You see, there is no other Name under heaven, among men, by which we must be saved! Like the lame man, those who believe on Jesus can expect a New Life, a New Walk and a New Testimony! The Jewish council rejected the exclusivity of His Name, the Specificity of His Person and the authority of His power to save. Like the Jewish Council, hardened hearts will be penalty for those who reject Jesus Christ as Savior. 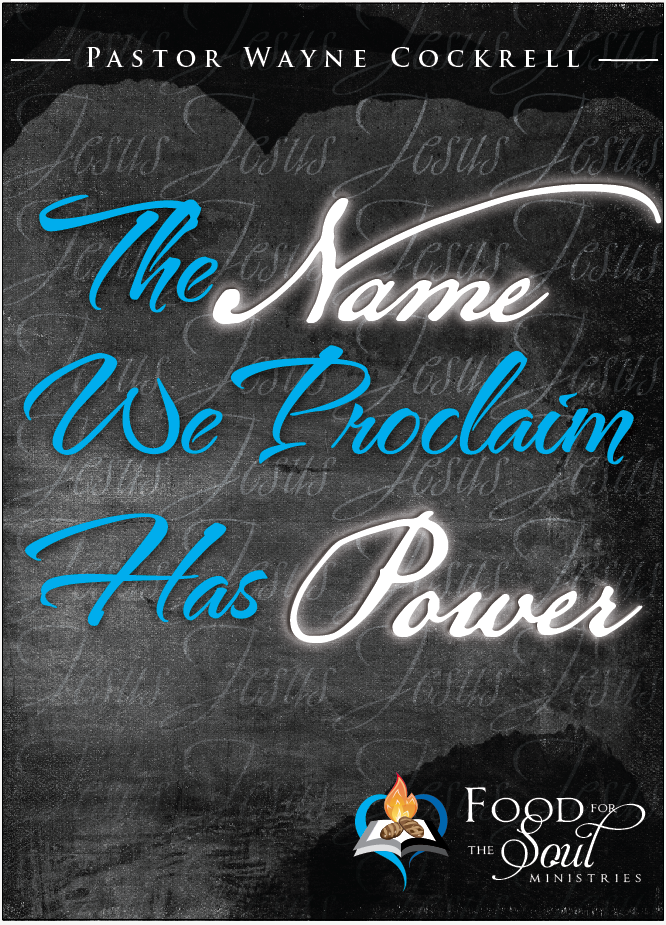 The Series will come packaged together 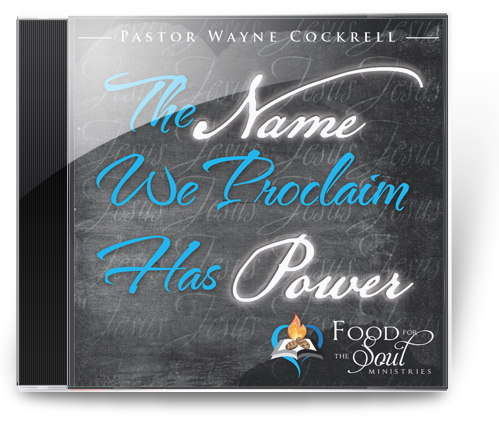 Contains the audio series on CD 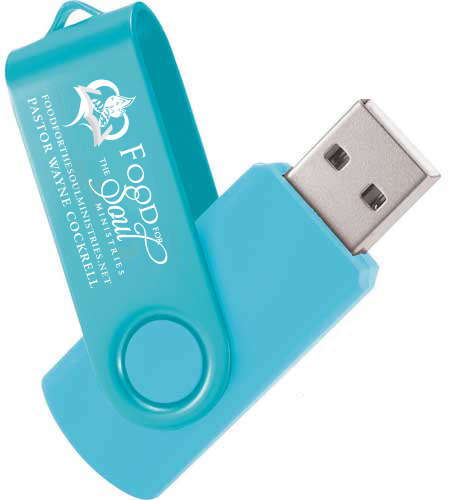 Cd and DVD Series on USB

The series will come in both .mp3 and .avi format on our Food for the Soul Ministries USB 2.0 Flash Drive

Mp3 and .Avi files Costs $12 including Shipping and Handling

For an audio series mp3 download via Sellfy. No physical copy.